Logitech G305 vs G Pro Wireless – both of these mice are wireless and offer great value for money but which one is better than the other? Find out below. We’ll be comparing these mice in their DPI, sensor, price, design, weight. hand orientation and connectivity. Ready? Let’s do it.

Logitech G305 and G Pro Wireless are gaming-grade mice and they offer decent DPI resolutions to the players to find their sweet spot.

Both of these wireless mice are equipped with top-of-the-line optical sensors that provide the most satisfying experience when playing the most competitive games.

The Logitech G305 is equipped with a HERO sensor that offers 12,000DPI and it is quite accurate and precise.

The performance of these mice is quite similar to each other and you won’t be noticing any flickering or smoothening with these mice.

There’s a huge difference between the price of G305 and G Pro Wireless. The Logitech G305 is much cheaper than G Pro wireless and if you’re thinking about buying this one then you won’t have to spend a lot of money on this.

G305 isn’t a budget option either but it is definitely a lot cheaper than G Pro.

On the contrary, if you’re thinking about getting your hands on the mighty G Pro wireless then you will have to spend a large chunk of money. G Pro wireless might be one of the most expensive mice in the market but one thing is for certain that this mouse is worth every penny.

The availability of these mice is an issue sometimes from the company outlets but Logitech G305 and Logitech G Pro Wireless are easily available on Amazon.

The Logitech G305 and G Pro Wireless might look quite similar at the first glance but they are quite different from each other.

Logitech G305 adopted the shape of the early 2000’s ambidextrous mice with an RGB-lit logo in the middle of the shell. On the side, you’ll find 2 programmable buttons and on top, a simple scroll wheel next to a DPI button.

Usually, Logitech offers strange-looking mice but G305 and G Pro Wireless are an exception I guess.

On the other hand, G Pro also features a simple ambidextrous design with an RGB-lot logo at the bottom of the shell.

You won’t find any on-the-fly DPI button or any additional button on the top. However, you can add up to 4 programmable buttons on the sides.

Overall, the design is quite simple and there’s nothing extraordinary about the shape of this one.

One of the biggest perk of these mice is that both of them are very much suitable for lefties. It might be a problem for left-handed people to access programmable buttons on G305 because they are on the left side but with G Pro, you’re in for a treat.

Logitech G305  is a smaller mouse but it’s quite bulky. G305 weighs at around 99g (3.4oz) with one AA battery decked inside the mouse.

On the other hand, Logitech G Pro wireless is a light-headed mouse and it weighs around 80g (2.2oz).

Another similarity between the G305 and G Pro wireless is that both of them are equipped with the same LIGHTSPEED wireless connectivity.

Logitech advertised the LIGHTSPEED Wireless connectivity as the fastest wireless connection in the market and a majority of gamers are coinciding with the statement.

Both of these mice will have a very strong connection with the operating device and there’s no chance of lagging or stuttering.

Logitech G305 Wireless is a very decent mouse and the specifications are quite impressive as well.

G305 was the best-seller of its time and to this day, G305 is regarded as one of the best gaming mice in the market.

The botched rubber grips at the bottom and battery mount are not exactly ideal but for this price point, I’d say that Logitech G305 is worth every penny.

If you’re looking for a minimalist gaming mouse with excellent specifications that will meet all your requirements then G305 is a pretty good choice.

Logitech G Pro Wireless is one of the best gaming mice in the market and there’s no doubt that the performance and durability of this mouse are unmatchable.

Pretty much every major esports gamer is using this mouse and they seem to be very satisfied with their choice.

The simple design might be a bummer if you have an RBG-lit battle station but if you’re looking to get some wins in Warzone or Fortnite then you are going to need the Logitech G Pro Wireless on your side. 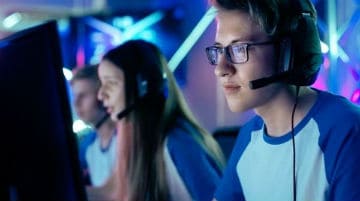 Logitech G305 vs G Pro Wireless: And the Winner is…

Both of these mice are an excellent choice and they are surely a performer but we feel like G Pro Wireless is the winner here because of its flawless internals.

The G305 is also a very good choice and if you’re looking for a budget-friendly option then go for G305 but if you’re on a quest to find a high-end mouse then Logitech G Pro Wireless is the way to go.