In the world of today, the internet has imbued every area of our work with complete interconnectedness without any boundaries. From emails to online office suites, more users are becoming increasingly dependent on the internet for their day-to-day work. Thus, it was only natural that a web-based operating system was imminent in Web 2.0’s age, and thus formed these ten admirable services that give users the power of computing on the go. No more hard-drive backups and formatting just turn on your browser and get going with these Web OS services!

Formerly known as Xindesk, Cloudo is an open internet-based operating system that is written in PHP and runs the LAMP software bundle. It makes full use of the area of the browser and seamlessly integrates with the iPhone’s mobile browser. Written using open technologies, this browser-based OS is high on features and usability. Currently, in Public Beta, it opens to consumers next year. 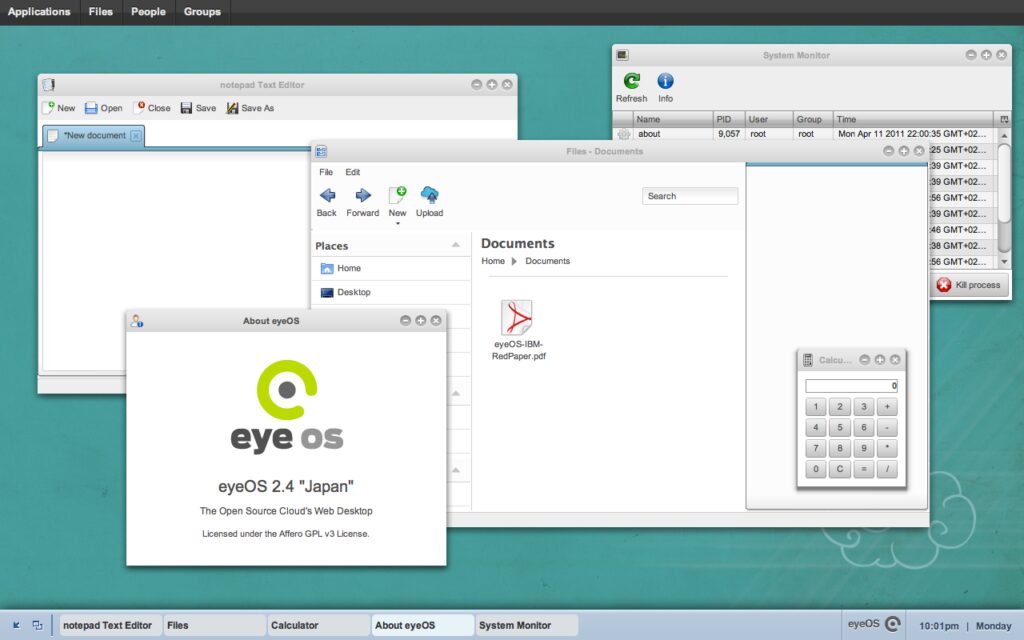 One of the first implementations of the web-based OS that you can run on your own server, EyeOS offers a credible amount of customisation options as long as your web server runs PHP5 and Apache. EyeOS also offers GUI customisation options which means that you can set up an OS the way you and your users want it – highly recommended for those who need to set up their own Web OS.

Short for Global Hosted Operating SysTem, Ghost Inc.’s web-based operating system is built for all those consumers who need to set up an online cloud-computing base without any hassles. The working environment is very similar to most operating systems that users use, and users can add more applications in the near future. 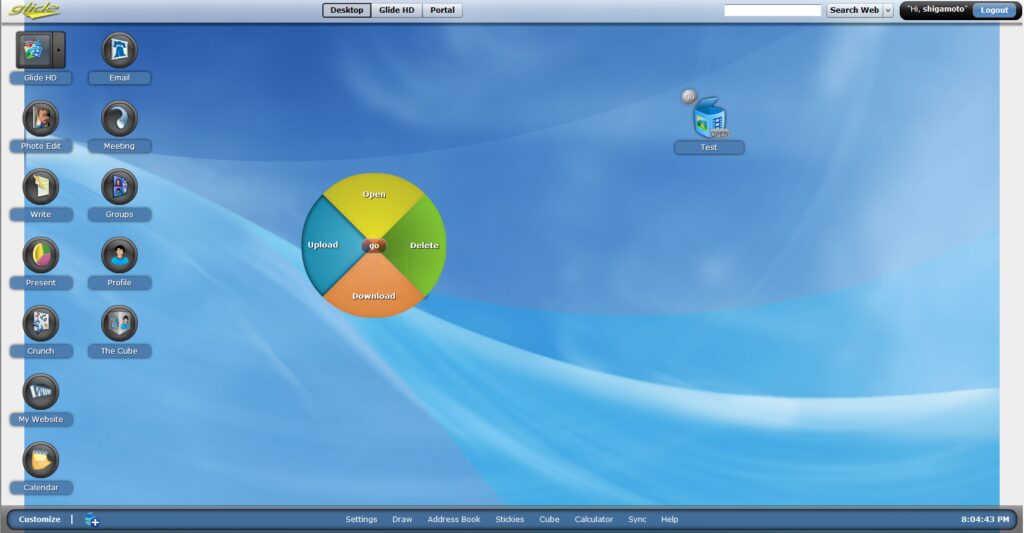 TransMedia’s Glide OS is yet another entrant into the competitive world of cloud computing. However, with Intel’s plans of putting Glide into their ultra-mobile PCs, this is one online OS that is not to be trifled with. Packing a host of applications in its basic version, Glide does an admirable job of providing easy cloud computing for its users on both the PC and mobile platforms.

Lucid Desktop (formerly known as the Psych Desktop) is built on a base of PHP5 and is a prosumer-oriented web desktop service. This desktop can be installed on to a web server like EyeOS, and is remarkably simple to use and write code for. With its proximity to Linux’s code, Lucid Desktop will be a sure hit with the Linux-loving masses.

A welcome departure from the masses, Online OS is written in Javascript and uses AJAX for its fast and user-friendly work. The demo desktop looks like the Windows XP desktop (the registered version can be made to look like KDE or Mac OSX) and loads very fast (although there are a few glitches here and there when components fail to load quickly). It has file-management and other abilities, but most of its applications are not part of the OS itself rather, they launch outside of it, making Online OS a sort of a portal to these apps.

This is one of those few online operating systems that make use of the EXT-JS library for its functioning. Coupled with cutting-edge GUI, qWikiOffice is indistinguishable from an ordinary OS when it works. However, it is still under development and there are no releases as yet.

Using Microsoft’s Silverlight technology, Windows4all is an online virtual operating system. With a Vista-like GUI and desk bar, this is for all those Windows fanatics who need to use their favourite OS on computers that do not have Windows installed.

Labelled a Webtop, this cloud OS is one of the premier services offered online, developed by Sapotek. The goal of the developers is to convert the internet into a full fledged platform for working instead of relying on hard-drive based applications. It is a playground for developers as they have released their code under AGPL license.

Google’s highly anticipated (slated for release in 2010) cloud computing OS is still largely open to speculation as Google has not released much information since its blog post on the Chrome OS and we have reason to believe that it will be as groundbreaking as its Browser!